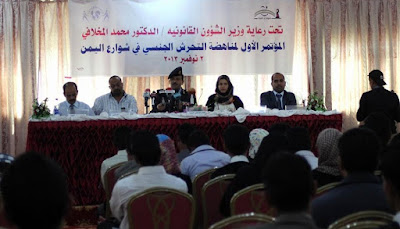 With the support of Safer World Organization, Safe Streets launched on 2nd November, 2013 the first conference against sexual harassment in streets of Yemen within a campaign designed to break the silence around this phenomena, which worsened off in recent years and affected thousands women and children 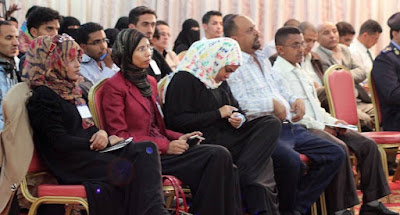 The conference was an opportunity to tackle the roots of the problem through presenting working papers tackling the issue of sexual harassment from Social, religious, and cultural lances 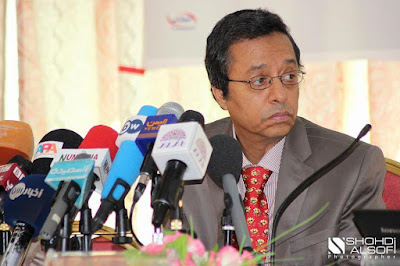 The conference was opened by Minister of Legal Affairs, Dr. Mohammed Almakhlafi, and confirmed that there must be decisive decisions of not tolerating with this issue
No comments: 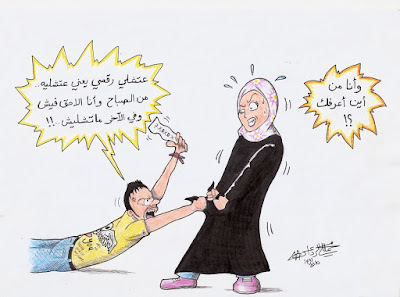 The Safe Streets Campaign was launched in 16th of August 2011, to highlight sexual harassment in the streets and break the silence in talking about this issue that 98.9% Yemeni women suffer from especially in the capital Sana’a. The campaign aims to break the silence of men and women through providing the needed platform to share their experiences, and look for solutions. The project was implemented in partnership with Development House and Funded by Tactical Technology Collective
Activities
Art Exhibition for young artists presenting through their paintings the sexual harassment that Yemeni women suffer from in the streets 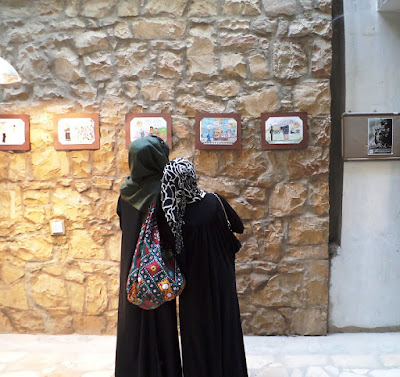 Production of a short film presents the issue from the point of “as you condemns you condemned”, the film talk about a young man harass a girl in the street then when he go home sleeps and have a nightmare about him being harassed by other young men and then he wake up scared and realize the feeling of women when they are harassed
Electronic map to report sexual harassment cases, this map considers the first map of its kind and the target is to observe actual sexual harassment cases 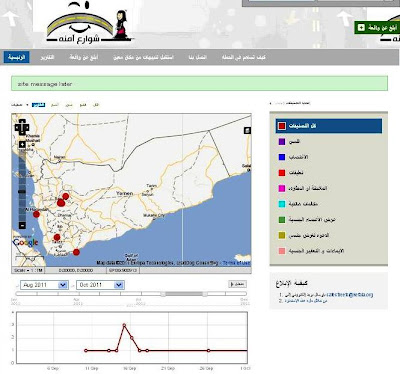 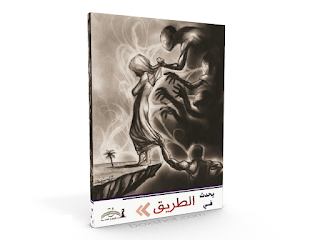 One of the main partners in the sexual harassment week 18 – 24 March 2012 and there was over 70 campaign from 21 countries participated in this event, link to the event 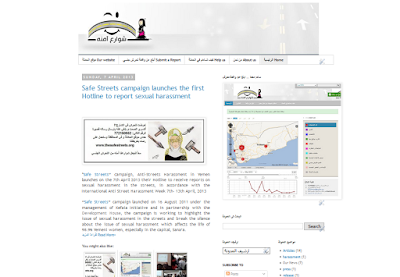 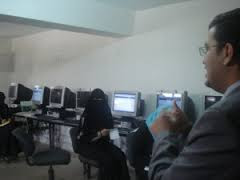 Empowering Women Activists in Media Techniques (EWAMT) is a project designed in 2009 to build the capacity of 200 female activists on social media, and Blogging in particular. The project aimed to equip the targeted activist with the technical tools to amplify their voices, and supporting social issues through Internet 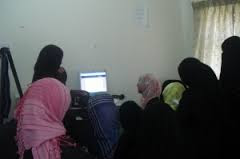 The project was implemented in two phases in the capital of Sana’a with the financial support of Global Voices
For more details, please click on this link EWAMT Journey Report
No comments:

"Safe Streets” campaign, Anti-Streets Harassment in Yemen launches on the 7th April 2013 their Hotline to receive reports on sexual harassment in the streets, in accordance with the International Anti Street Harassment Week 7th– 13th April, 2013

The Safe Streets Campaign participated in a conference held by Association of Women's Rights in Development AWID in Istanbul 16-22 April, 2012 on "Transforming Economic Power to Advance Women's Rights and Justice" 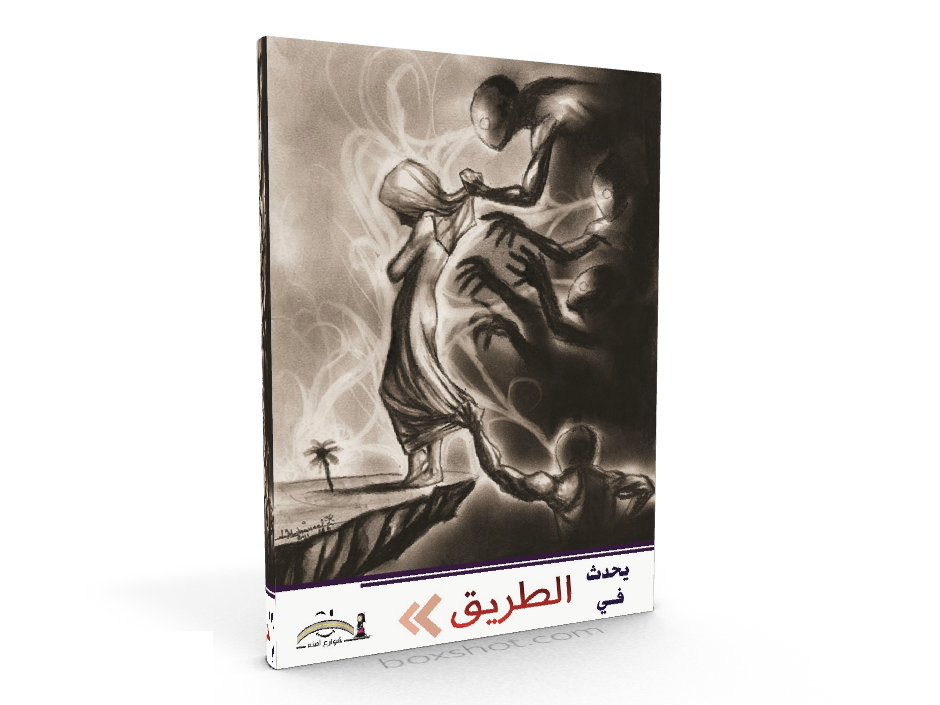